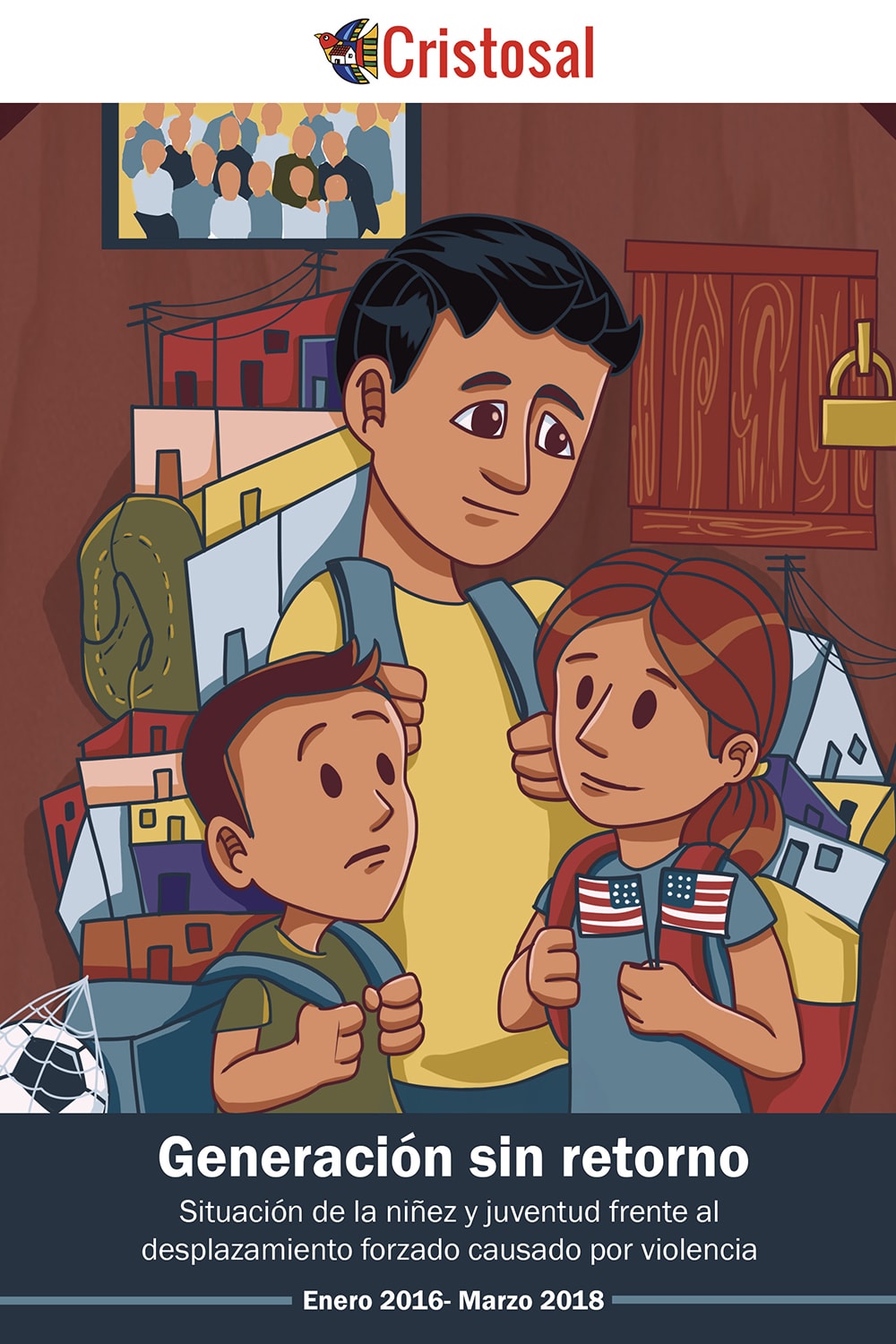 This report arises from Cristosal’s work in receiving and monitoring cases involving children, adolescents, and youth in the context of internal forced displacement due to generalized violence. Upon 28 years of the Convention on Children’s Rights, the Salvadoran State is prepared to respond to violent acts. From this perspective, Cristosal analyzes the conditions of the exercise of the human rights of children, adolescents, and youth; the conditions of vulnerability to which they are exposed; and the State’s role regarding its refusal to recognize internal forced displacement. The report carries out an analysis based on specific legislation and public policies, checking if they provide clear guidelines for dealing with children and adolescents who are victims of violence and if the authorities provide assistance to forced displacement cases. From this analysis and following up on the recommendations from the Special Rapporteur Cecilia Jiménez-Damary, who, in addition to expressing the need for the Government to recognize the magnitude of internal forced displacement and the need for action to confront the phenomenon, stated that “youth are particularly affected by violence.” To make visible the chaotic impact that this situation generates in the lives of children, adolescents, and youth, along with their families, six sections have been prepared to delve into this case study. The first section, “The situation of generalized violence against children, adolescents, and youth,” collects statistical information from different official sources and other studies on the subject, offering a current image of the panorama of criminal violence from which they are fleeing. The second section, “Aspects of concern,” presents the data from Cristosal’s database. It presents the central elements that describe how children and youth aged 0 to 25 years face displacement between January 2016 to March 2018. The main acts of violence and perpetrators that generate displacement, the social impact it generates on their lives and those of their families, the link between forced displacement and migration, among other aspects, quantify the reality of the phenomenon as experienced by the victims assisted by Cristosal.