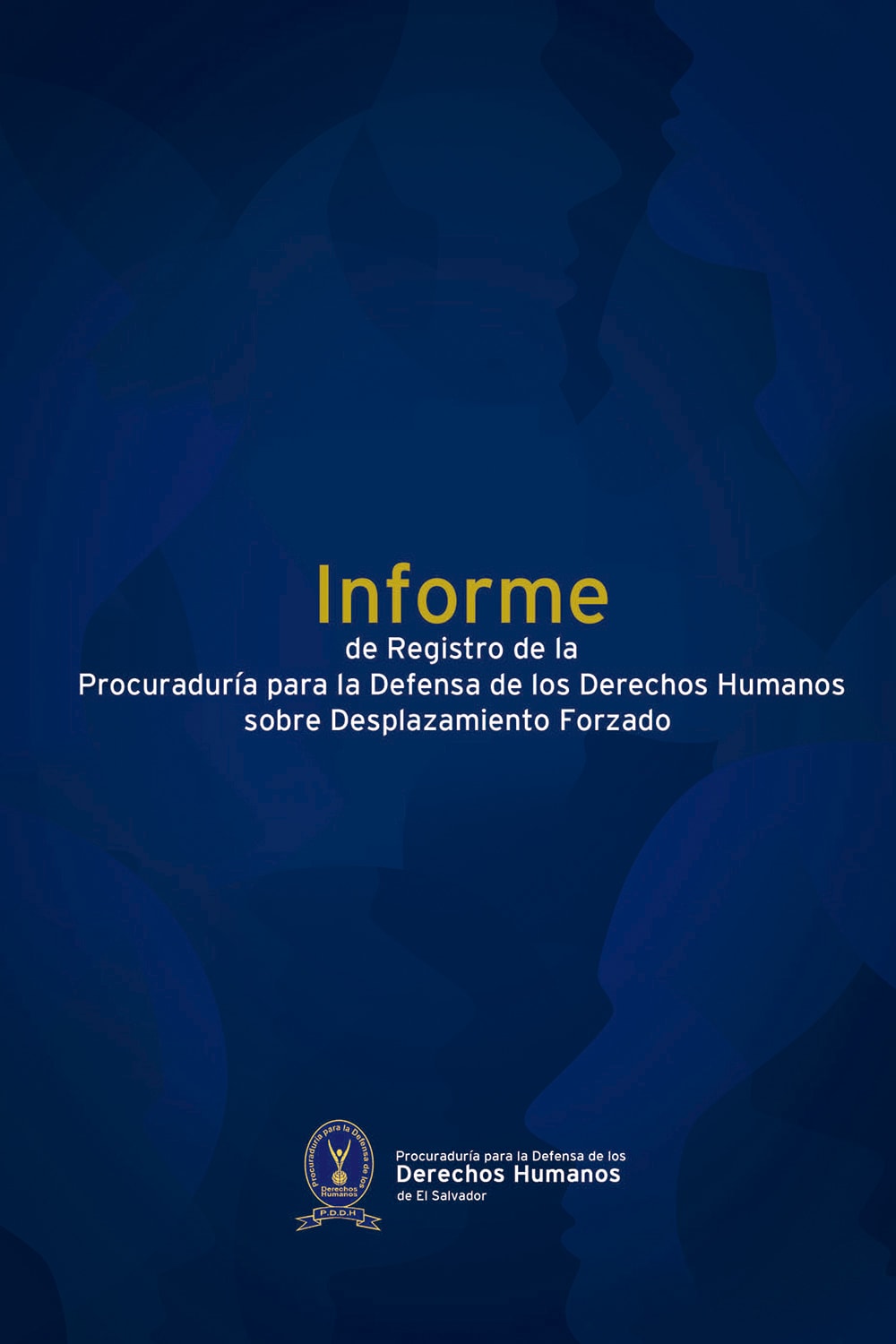 In recent years, the Office of the Attorney for the Defense of Human Rights (hereinafter the Attorney General’s Office or PDDH) has made a continuous and sustained statement on the violence that mourns Salvadoran society, expressing the strongest rejection of the actions that threaten against the rights of the population to live in peace, tranquility, and in an environment that allows them to reach their full development and their maximum human potential. This Attorney General’s Office has also pointed out that in applying security plans and policies, the government has not given priority to the protection and care of victims of violence. Thus, calls have been reiterated to the authorities responsible for public security and the justice system so that the people who suffer this scourge, victims and witnesses of violence, are placed at the center of attention of state action.

In recent years, there has been an increase in the number of people or families who report having been forced to move from their places of origin or residence as a direct effect of violence. This situation that exposes women and girls to greater damage, as well as exposing people who are part of groups in conditions of vulnerability including children, adolescents, people from the LGBTI population, older adults, and people with disabilities. Faced with this situation, state action to address this problem has not provided a comprehensive response because the State does not have a registry of the cases and identification of the victims, worsened by the absence of coordinated assistance from all the competent authorities.

In addition, social, religious, and academic organizations that make up the “Civil Society Working Group against Forced Displacement due to Generalized Violence and Organized Crime in El Salvador” had the initiative to request the preparation of a report on the subject and provided all their collaboration for the preparation of this report. The PDDH acknowledges the technical support provided by the Civil Society Observatory on Internal Displacement due to Generalized Violence in El Salvador and the Alliance for Migration in Central America and Mexico (CAMMINA). They especially appreciate the collaboration provided by the CRISTOSAL Foundation.

Due to all of the above, the Office of the Attorney for the Defense of Human Rights issues this Special Report, per its powers established in Article 194.I, ordinal 1st, 11th, and 12th of the Constitution of the Republic, and articles 43 and 44 of the PDDH law and 39 of the Regulations for the Application of the Procedures of the Human Rights Protection System.