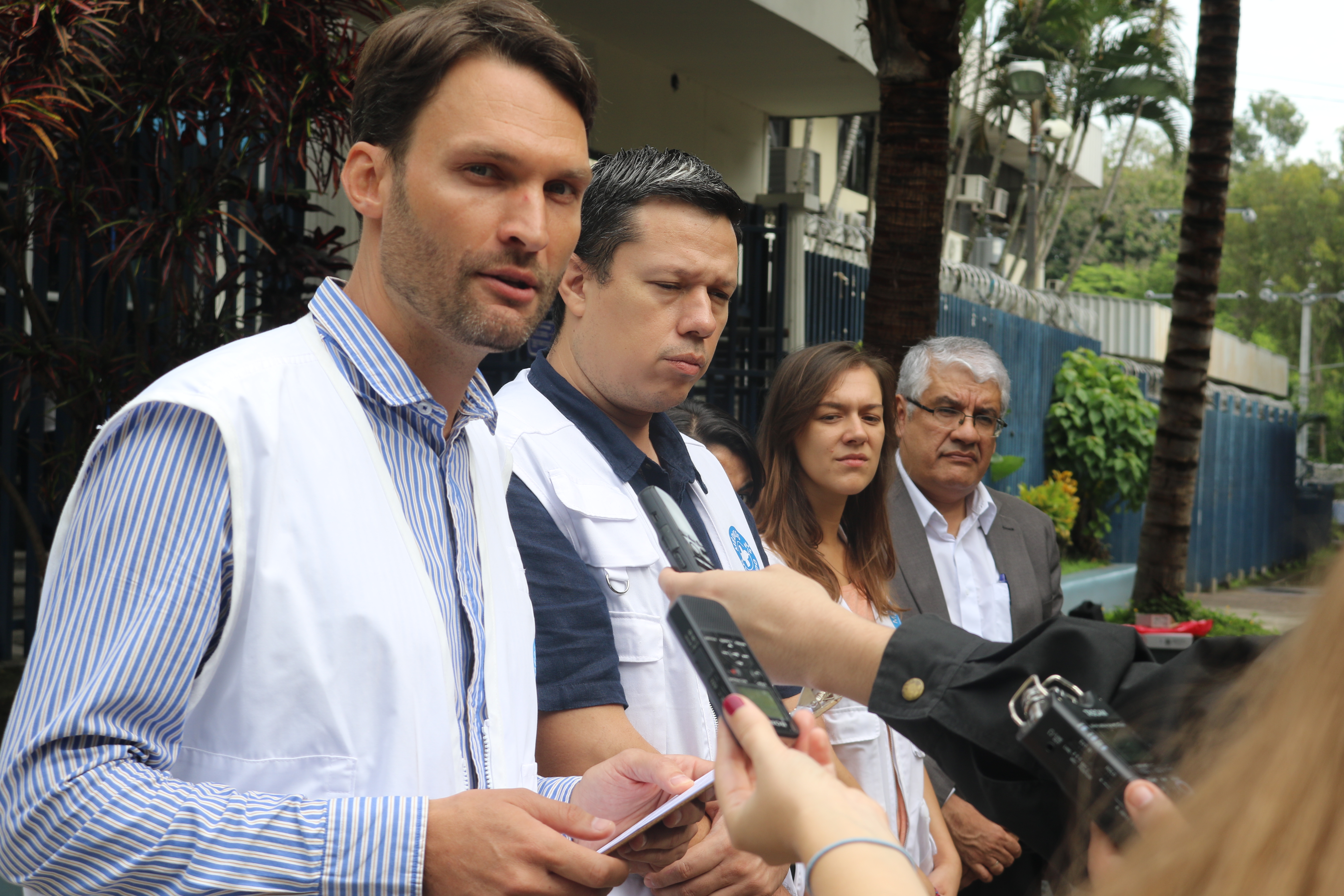 Doctors of the World presents a letter of support to special law of forced displacement.

Doctors of the World presented a piece of correspondence to the Legislation and Constitutional Points Commission to request a follow-up of the study to the proposal of a special law of assistance and protection to victims of generalized violence in a condition of displacement. Cristosal filed this proposal on August 23 as a response to the mandate of Amparo 411 of the Constitutional Chamber that ordered the Salvadoran State to recognize forced displacement and create specific legal frameworks for victims on July 13, 2018.

The coordinator of Doctors of the World France, Simón Trichot, expressed this organization’s concern regarding guaranteeing access to health from a human rights perspective. To do so, they rely on a strategy based on two strategic axes: one on sexual reproductive rights and prevention of violence against women, and the second on migration and forced displacement. Hence the need to implement actions to improve access to health and protection of the rights of people affected by these phenomena.

Doctors of the World is an association that works to ensure the effective practice of the universal right to health of people who are vulnerable, excluded, and victims of violence. Since 2016, the organization has supported civil society initiatives in response to the violation of rights suffered by migrants and displaced persons.

The purpose of the Special Law for the Prevention and Protection of Victims of Violence in a Condition of Forced Displacement is to recognize, guarantee, and enforce the rights of victims of this phenomenon or those who are at risk of being so by establishing mechanisms for prevention, protection, and assistance during displacement, return, resettlement, and integration.

On September 20, the Institute for Women’s Studies “Norma Virginia Guirola de Herrera” (CEMUJER) was also present in the Legislative Assembly to support this same initiative. The institutional spokesperson of said organization, Ima Guirola, expressed the urgency to address this issue since the deadline indicated by the Constitutional Chamber ends on January 15, 2019, and half the time is about to be fulfilled without any concrete action being taken.

Doctors of the World Statement