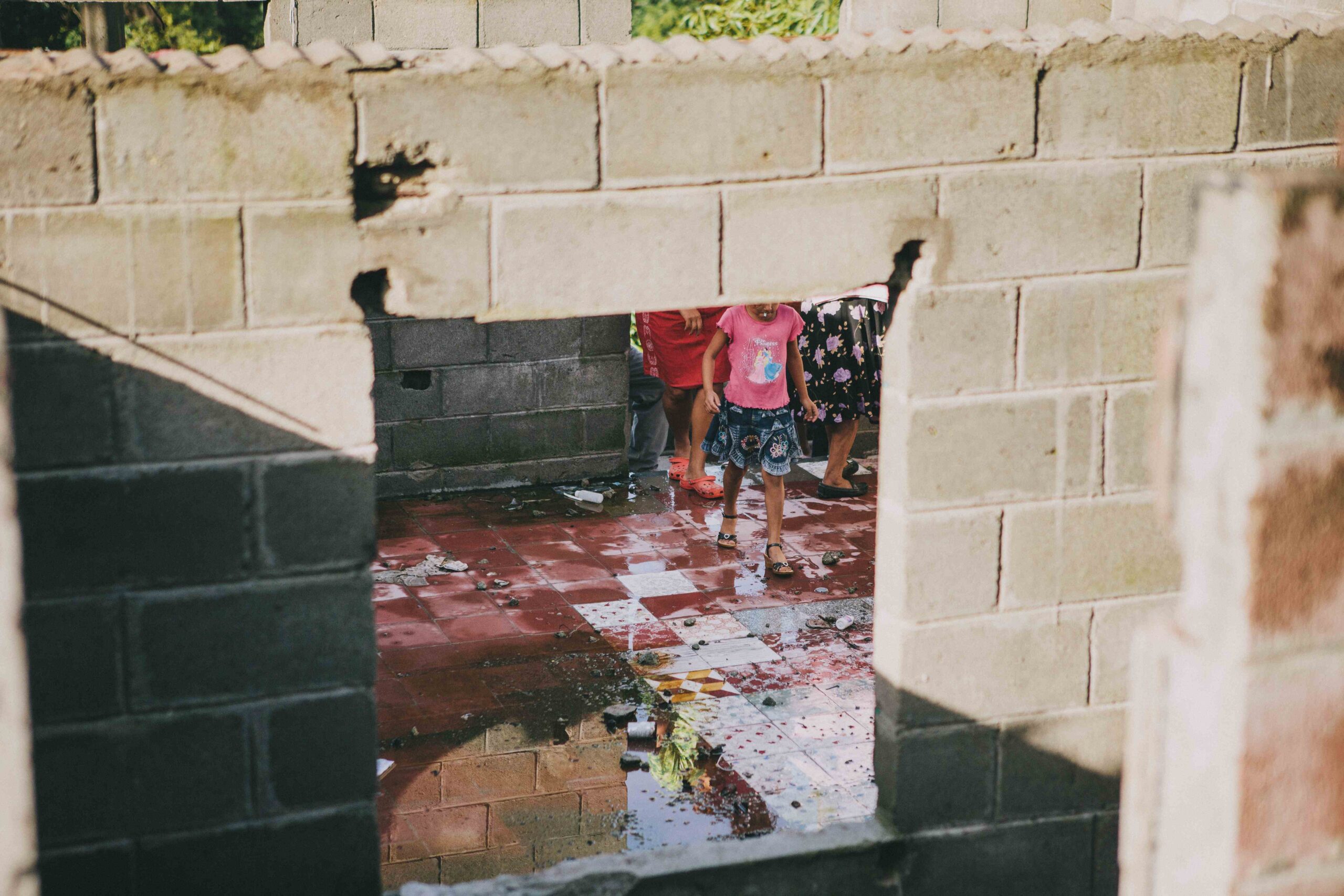 Minister of Security: “Some police and soldiers are the cause of cases of internal displacement”

Mauricio Ramírez Landaverde acknowledged that police and soldiers are also responsible for the violence and insecurity that force families to flee their homes to save their lives. The Office for the Defense of Human Rights (PDDH) and civil society organizations demand that the State recognize forced displacements and address the “humanitarian emergency.”

The main person in charge of public security in the second FMLN government recognized this Thursday, April 26 that internal displacement caused by violence is a problem present in almost all the departments of El Salvador. At times, the cause of this problem are state security agents.

“There are members of the Police and the Armed Forces who cause cases (of internal displacement). We have some cases and the civil society has more,” said Minister Mauricio Ramírez Landaverde in a forum in which the PDDH and civil society organizations challenged the Salvadoran State to speak out once and for all in the face of a phenomenon considered a “humanitarian crisis.”

This is the first time that the administration of Salvador Sánchez Cerén has spoken outon the phenomenon of forced displacement, although without calling it by its name. It is also the first time that the government admits that some police officers and soldiers who participate in security tasks are also responsible for generating families’ exodus from their homes.

Sánchez Cerén’s government started in 2014, the same year that the United Nations denounced that gangs were the main factor of forced displacement in the country. However, the Executive government has waited almost until the end of its five-year period to recognize the problem, despite abundant evidence of the reality faced by hundreds of Salvadorans.

Since 2014, studies by the United Nations, the PDDH, and civil society organizations have warned that gangs are the main cause of internal displacement in El Salvador. Cristosal began to keep a registry of displacement cases in 2014. A year later, the PDDH began to register the phenomenon.

The PDDH’s Forced Displacement report (2016) warned that, although to a lesser extent, they were registering cases of victims displaced by security forces for the first time. The institutional response, so far, has been to deny the cases or to baptize the phenomenon as “internal mobility due to violence.” That is why Ramírez Landaverde’s words are surprising because, for the first time, a high-ranking official of the security cabinet speaks publicly about the existence of “cases” (of displacement) and points to State agents among some of the actors causing this issue.

“We have also had many cases (of internal displacement) in recent years of people who do not have the confidence to go to the Police because State agents are responsible for these events,” he said during the presentation of the report on forced displacement of the NGO Cristosal.

In March 2018, the Ministry of Security published a report on “Characterization of internal mobility due to violence in El Salvador.” The report concludes that, by 2016, for 1.1% of Salvadoran families, “at least one of their members was forced to change their place of habitual residence within El Salvador between 2006 and 2016 as a result of or to avoid the effects of acts of violence.”

That report also says that “internal mobility has shown annual growth upward in most of the years observed, except during 2012 to 2013.” 2012 and 2013 were the years with the highest incidence of gang truce, which plummeted homicide rates across the country.

Cristosal’s director of programs, Celia Medrano, and a representative of the PDDH, Gerardo Alegría, agree that internal forced displacement is rising. In 2016, Cristosal assisted 465 victims, and in 2017, they assisted 701 victims. In December 2017, the PDDH registered an average of seven cases per month of displaced families who asked for help during that year. In the first quarter of 2018, the institution registered 12 cases per month.

“The characterization report allows us to visualize how serious the problem is,” said Celia Medrano. “When the government speaks of 1.1% in a range of 10 years, in 20 municipalities, a projection exercise shows us that there are around 23 thousand people. And if this exercise is done with the total number of municipalities where we carried out the surveys, we could speak of 100,000 people,” said Medrano. The number of Salvadorans displaced by violence could reach up to 200,000 people, Medrano added, using projections generated by the Institute of Public Opinion (IUDOP) of the Central American University (UCA).

A minimum of 23,000 and a maximum of 200,000 displaced are war figures in a country without an armed conflict. “We are clear that this is a serious problem and that affects almost all the departments of the country,” said the security minister.

Despite the first approximation of official numbers regarding the phenomenon, the Salvadoran State refuses to call the phenomenon of forced displacement by its name. According to Cristosal’s expert, the government would take a “crucial” step if it recognizes the problem in its magnitude and would make it possible to manage it as “a humanitarian emergency.”

Why does the government fail to call issues by their name? For Medrano, “the government confuses the recognition and the existence and magnitude of forced displacement due to violence with a tacit recognition that it is not able to guarantee security to the population.”

“Recognition would imply paying a very high price in terms of failure or incompetence of public security policies,” he added.

Jorge Peraza, head of mission for the International Organization for Migration in El Salvador (IOM) said that the phenomenon occurs in at least 60% of the country’s municipalities. “In an IOM study that included displacement due to violence, climate change, and natural disasters, more than 15% of the adult population said that they had left their homes due to violence, and 10% of the population of children said that they had fled their home due to matters of insecurity,” said Peraza. The Director of Programs of Cristosal, Celia Medrano, said that one of the main findings of the report is that the profile of the families who are victims of displacement that is recurrent is that in which a woman is the head of the household and where there is a presence of minors, which increases the situation of vulnerability.