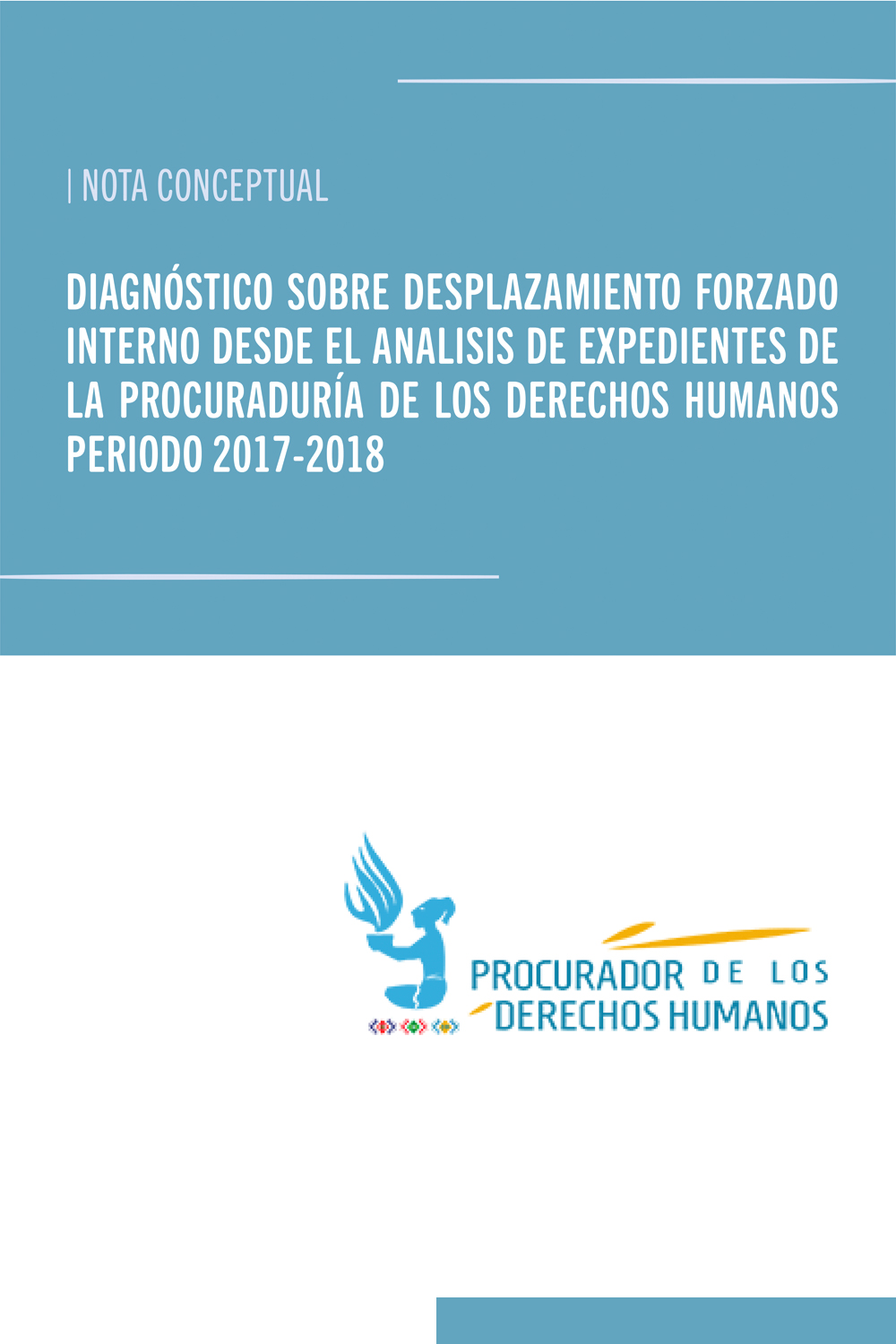 Currently, there is no official recognition by the State regarding internal forced displacement due to violence in Guatemala, which increases the complexity in addressing this problem. Although the multiple acts of violence that trigger this issue are recognized, they are not linked to it, so there are no specific models and mechanisms for the protection and comprehensive care of victims within a human rights framework. The only similar sample dates back to those displaced by the 36 years of Internal Armed Conflict recognized in the Peace Accords signed in 1996. The section on the Agreement for the Resettlement of Populations Uprooted by the Armed Conflict indicates the following:

“Considering the national traumatic dimension resulting from the uprooting during the armed conflict in the country, in its human, cultural, material, psychological, economic, political, and social components, which caused human rights violations and great suffering for the communities that were forced to abandon their homes and ways of life, as well as for those populations that remained in those areas; considering the commitment of the Government of Guatemala and the Guatemalan National Revolutionary Unit to contribute constructively, together with the rest of Guatemalan society, to work for a lasting solution and facilitate the resettlement process of the uprooted population, within a framework of social justice, democratization, and sustainable and equitable national development” (SEPAZ, 1994, p. 23).

This lack of recognition of the current phenomenon of internal forced displacement prevents the sharing of knowledge of the evolution of this phenomenon and its consequences for the new victims.