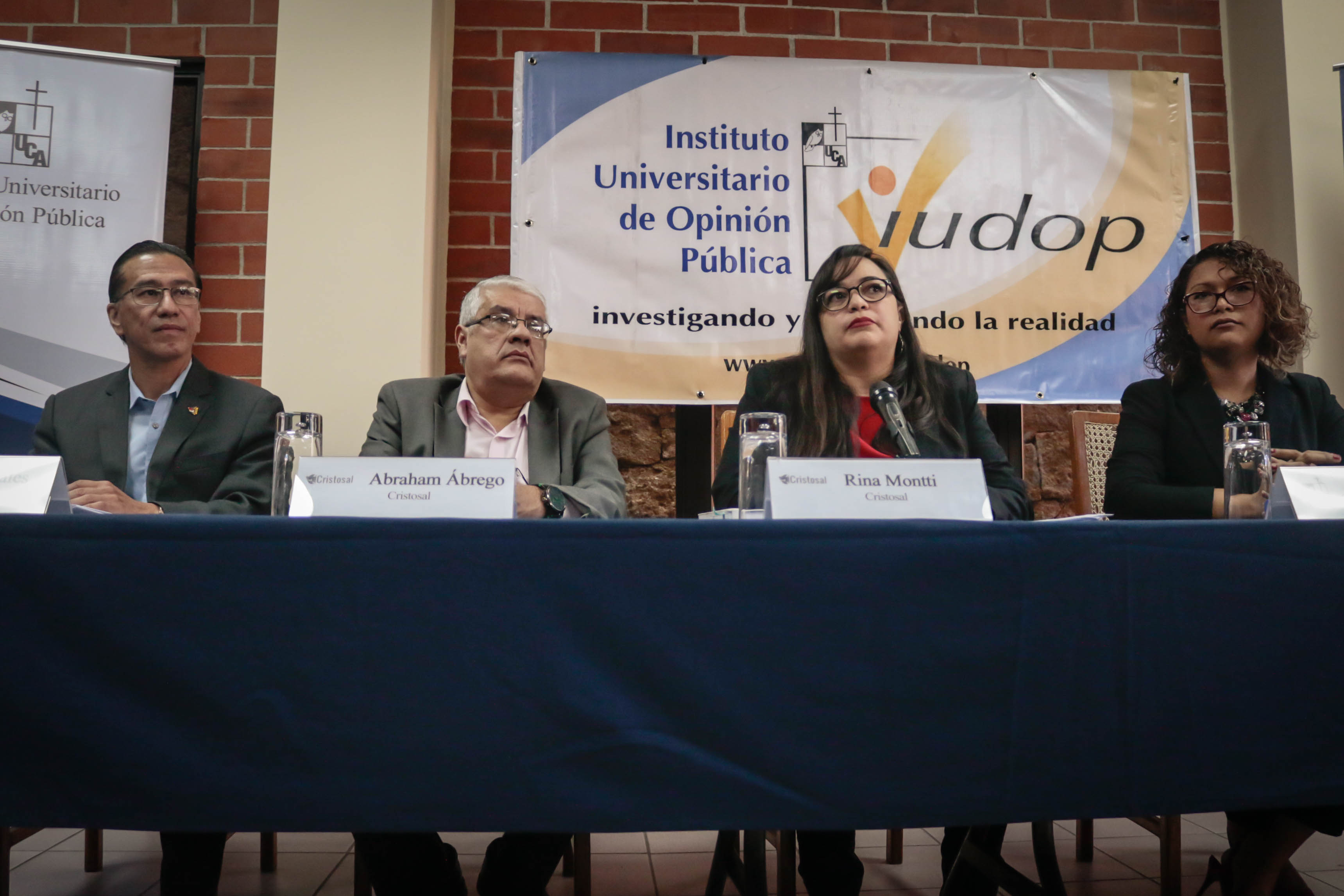 Salvadoran population believes that forced displacement should be officially recognized

The national survey carried out by the University Institute of Public Opinion of the UCA (IUDOP) on internal forced displacement and extraordinary measures offer encouraging results since it indicates a greater awareness of the population regarding respect for the human rights of victims of forced displacement and the imprisoned population. Salvadoran society considers that the State must officially recognize forced displacement and issue special legislation. Concerning the imprisoned population, they consider that the extraordinary measures have not been effective in combating crime. For Salvadorans, the rights of persons deprived of liberty should not be restricted. The answers provided by the people surveyed also indicate that there are rehabilitation possibilities for this population if they can have the right conditions.

The need to protect victims of generalized violence in conditions of internal displacement is urgent. In light of the data, during 2018, 5.2% representing around 235,708 people had to flee their homes due to a threat or an act of violence. On July 13, 2018, the Constitutional Chamber issued an Amparo judgment that recognizes forced internal displacement due to El Salvador’s violence and asks the Salvadoran State to create legislation for victims of displacement, in addition to another series of recommendations to be fulfilled within 6 months.

92% of the people surveyed agree that the State should create a law to protect displacement victims. This message is addressed to the Legislative Assembly, specifically to the Legislation and Constitutional Points Commission, which has a displacement law proposal pending discussion since August 2018. The non-approval of this special protection law implies the continuity of a practice that makes this problem invisible and ignores the affected people’s human rights. Cristosal greets the congress people who have given their support to this proposal in the Legislative Assembly.

The Salvadoran population also expressed solidarity towards the victims of forced displacement caused by violence. 51.5% of the people surveyed stated that they would accept people fleeing violence into their neighborhoods or communities. In regards to migration due to violence, 18% assured that deported people must ask the State for help because they cannot return to their homes.

On the other hand, 75% of the surveyed population considered that the extraordinary measures did not reduce crime, which highlights the need for a more comprehensive security policy. However, there is hope that the right programs can rehabilitate people in conflict with the law. Considering the proportion of the results with respect to the total population, the survey reveals that 2.5 million Salvadorans recognize the need to apply and seek financing for a comprehensive security policy. The majority of respondents considered that people who have committed crimes and are in prison should retain their right to receive visits, medical care, and job training. It should be noted that, although the majority of the surveyed population agrees with applying drastic sanctions, the majority agree that the human rights of all people must be respected, even those who are in conflict with the law (69.4%).

Faced with a State that historically has not guaranteed the rights of victims of violence and people in conflict with the law, public opinion sends a message of solidarity. These responses indicate that there are serious flaws in current public care and rehabilitation policies.

This phenomenon is a commitment that the state must take seriously from different areas: creating transversal strategies to care for victims, developing roadmaps for victims of violence, and seeking adequate budget allocation, among others. Therefore, in order to demonstrate true recognition of these problems, the population invites the State to change the strategy, assume new protection obligations, and prioritize the care and protection of violence victims.

We believe that the population is willing to participate in comprehensive public security policies through a peace-building process to guarantee rehabilitation and assistance programs for victims. These survey results can create policies focused primarily on repression and seek better victims’ care models.