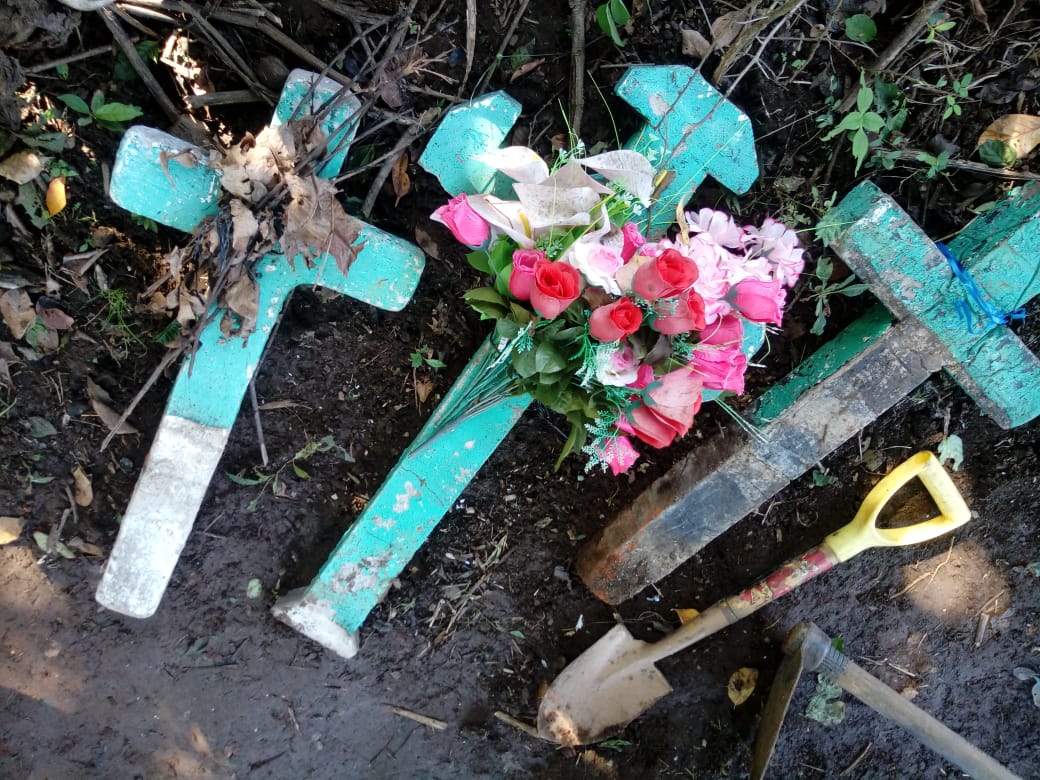 “This year, we are not bringing flowers to the cemetery”

Juana de Jesús says that, during previous years, she and her family had fulfilled the tradition of visiting the cemetery and bringing flowers to the graves on the “Day of the Dead,” but this time, they will not be able to do so. From Monday, October 29 to Thursday, November 1, a forensic team has worked tirelessly in the exhumation of the remains of their relatives who were murdered during the San Esteban Catarina Massacre and nearby places; popularly known as the El Calabozo massacre.

She survived because she separated from the group that was on the guinda (Salvadoran jargon that refers to forcibly fleeing home during the war), taking her young son with her. She returned to her house to look for food because her son would not stop crying from hunger. While there, two armed men arrived. She begged them not to hurt them and to let her cook some vegetables for her son. Although they replied that it was dangerous because the smoke would attract attention, they allowed her to do so as long as she gave them a portion. At some point, they mentioned to her that something dreadful had happened near the river and recommended her not to walk around there… and they left.

After the massacre, Fernando – who is Juana’s brother – arrived at the same site where the exhumations were carried out. He went to look for his family’s remains because his brother-in-law, a survivor of the group, told him that the soldiers found them and shot them. He had been hit near the collarbone, but he held his breath until the soldiers left and then hid until he found medical help. With this in mind, Fernando dug a hole as deep as he could, collected the remains that were still there, and deposited them in that small tomb. The people killed were his mother and father, two teenage sisters, an eleven-year-old brother, and his partner. 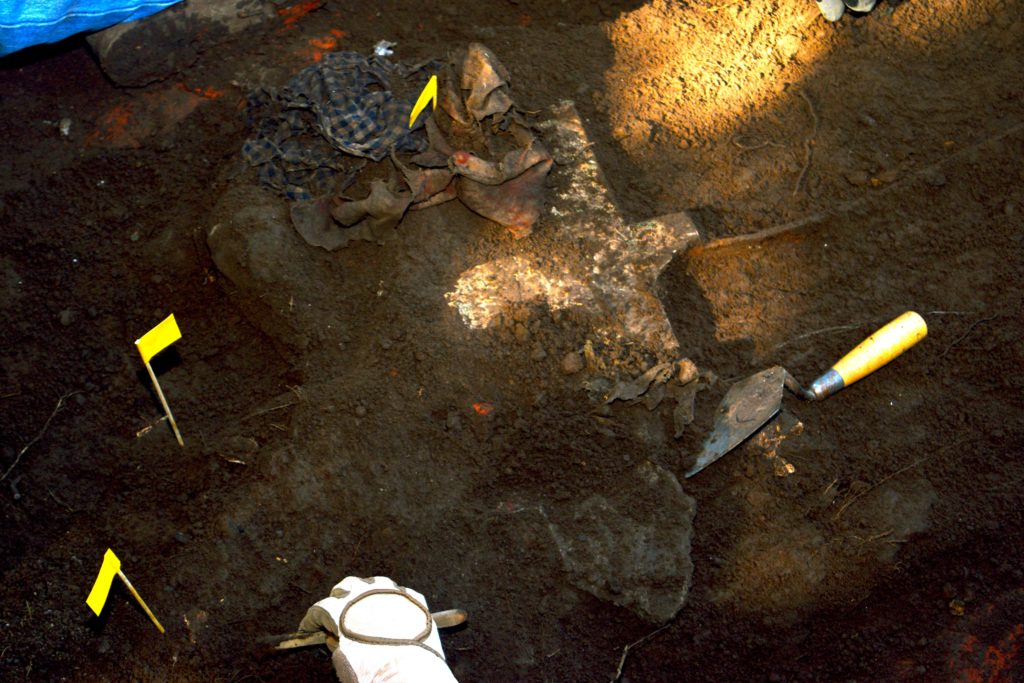 Exhumation carried out with the support of the Forensic Anthropology Team (EEAF).

These are six of the more than two hundred victims murdered during Operation “Tte. Cnel. Mario Azenón Palma.” The Armed Forces of El Salvador planned, ordered, and executed this operation in August 1982. Of these many people killed, only the remains of these six are preserved since the Amatitán River washed away most of them.

All survivors, at their own time, manage to express that they are still here to give testimony of what happened. Most are older adults, some with chronic illnesses or mobility difficulties, but they persist in their demand for a “fair trial” and want to know the truth despite the pain.

It is difficult for Juana de Jesús to let go of her loved ones’ remains, but she knows that the case investigations must advance. However, she remains firm in her request to the authorities: “I wish that, after the analyzes, they return to their home, to their community… and that they be buried in the same place so that they speak to each person who passes by about the El Calabozo massacre.”

Transitional justice puts the victims of armed conflicts at the center and shows them as what they always were: girls, boys, young people, and older adults who suffered the horror in their own flesh as a result of the decision of the High Command in the irrational logic of an annihilating war. These processes disarm revenge-guided speeches, deny dehumanizing ideology through scientific research, and challenge new generations to feel and think like actual human beings.

While the proceedings of El Calabozo, El Mozote and other cases continue, the Ad Hoc Commission for the study of the Judgment on the Amnesty law is exploring the possibility of a new “Reconciliation Law,” which insists on leaving the perpetrators without consequences of these massacres. Despite these actions, history has shown us that any process that nullifies victims’ experience and grants privileges to offenders leaves behind a failed reconciliation, characterized by post-war widespread violence.