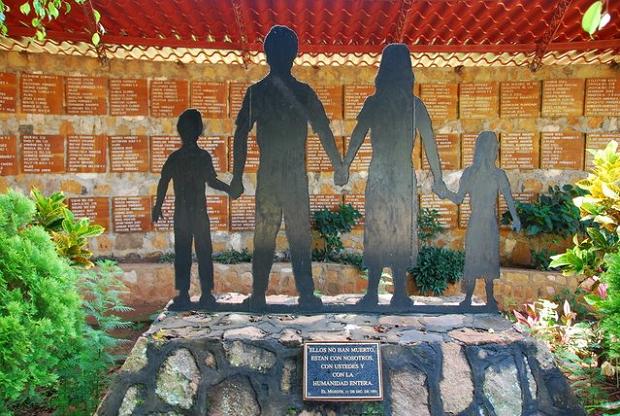 Tutela Legal Dr. María Julia Hernández reported this morning on the progress of the Historical Criminal Process of the El Mozote massacre and nearby places that occurred in December 1981.

According to Ovidio González, director of the institution, the hearing to expand the evidence will continue on this September 21 and 22 and they will request the trial judge of San Francisco Gotera to include six new witnesses.

He also added that they would again request the Armed Forces to provide the necessary information to clarify the level of participation of some soldiers in this crime against humanity.

Tutela Legal also announced that they will request the Office of the Attorney General of the Republic to promote investigations to clarify cases of forced disappearances and summary executions.

According to Ovidio Gonzalez, the Attorney General is too passive in promoting these types of investigations.

They will also ask the Public Ministry to intervene in order for the military to provide the information that is going to be requested.

Human Rights Attorney David Morales recalled that on October 26, 1990, Pedro Chicas filed an official complaint against the material and intellectual perpetrators of the El Mozote Massacre

He recalled that there are many witnesses to whom the court denied the right to disclose their stories, but that now they will have the opportunity to strengthen the investigations.