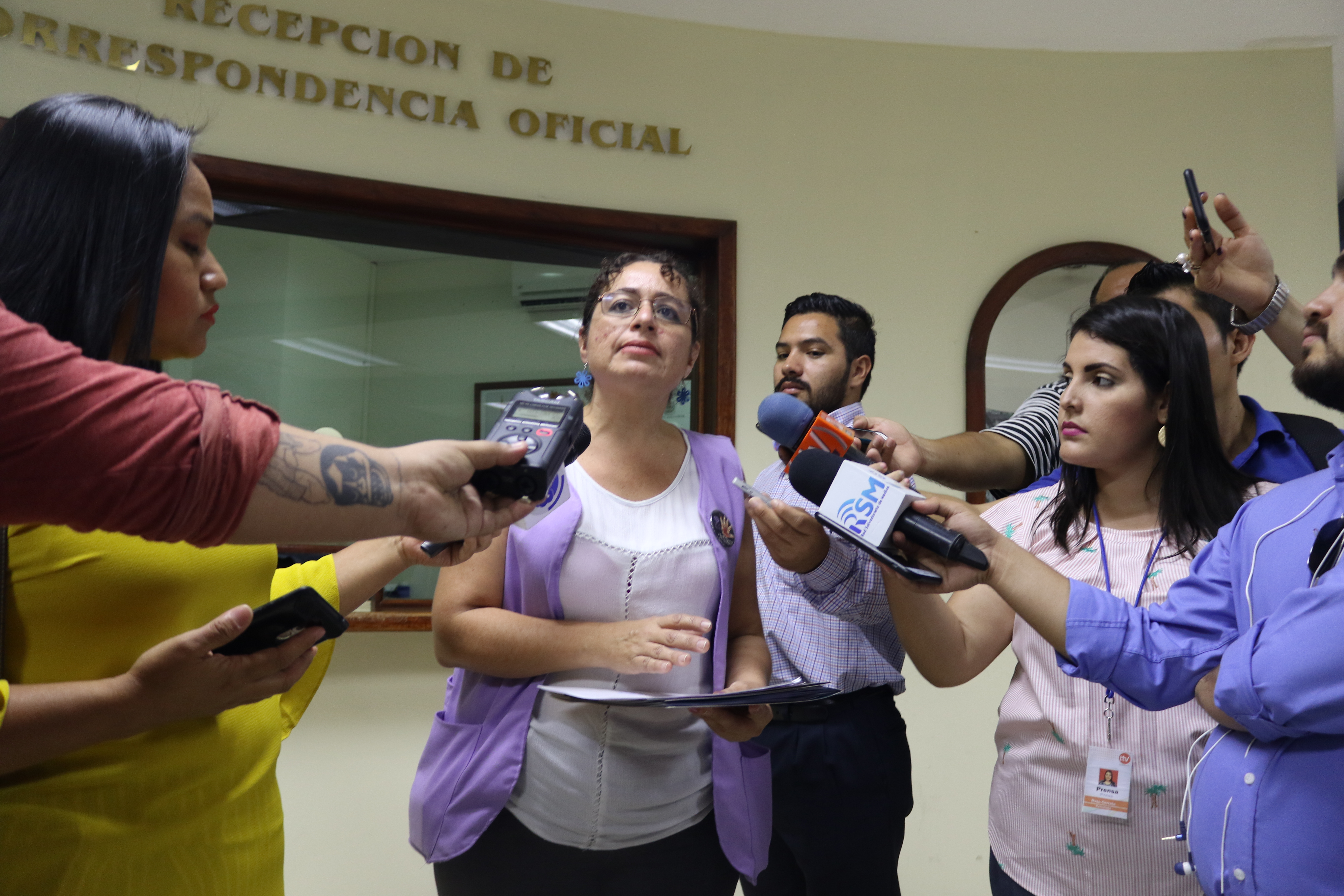 CEMUJER points out the importance of official recognition of forced displacement

Ima Guirola, an institutional spokesperson of the Institute for Women’s Studies “Norma Virginia Guirola de Herrera” (CEMUJER), was present in the Legislative Assembly to support the bill filed by Cristosal on August 23, presenting two pieces of correspondence, one addressed to the presidency of the Legislation and Constitutional Points Commission and another to the legislative government. The bill requests the legislative government to start studying the bill as soon as possible within the framework of compliance with the sentence issued by the Constitutional Chamber in Amparo 411-2017; that the voice of victims and survivors be heard; and thirdly, that this human rights organization be included as part of the commission.

The Amparo judgment 411-2017 has set six months for the State to recognize forced displacement due to violence, of which more than two months have passed. Guirola warns that half the term is about to be met without any diligent action taken by the Salvadoran State.

Guirola highlights the importance of recognizing forced displacement due to violence, something that the State refuses to do, preferring to refer to it as “internal mobility” or synonyms that downplay the phenomenon. “It is not a matter of terminology, it is a problem of recognition of serious human rights violations that are causing a negative effect to the integrity of large populations in our country, of families, and entire population groups that are being displaced,” she points out. For Guirola, forced displacement is a phenomenon that leads to migration, deportations, human trafficking, and other serious human rights violations, hence the importance of taking action against forced displacement due to violence.

On August 23, Cristosal presented a bill that aims to recognize, guarantee, and enforce the rights of victims of violence in a current condition of forced displacement or who are at risk, establishing prevention, protection, and assistance mechanisms during displacement and upon their return, resettlement, and integration. This law has a strengthening component in the institutional framework and proposes a national policy to protect victims of violence who are being forcibly displaced.

This law was presented within the framework of the resolution issued by the constitutional chamber on July 13 of this year, which indicates the need to recognize forced displacement due to violence within six months, starting from January 15, 2019.