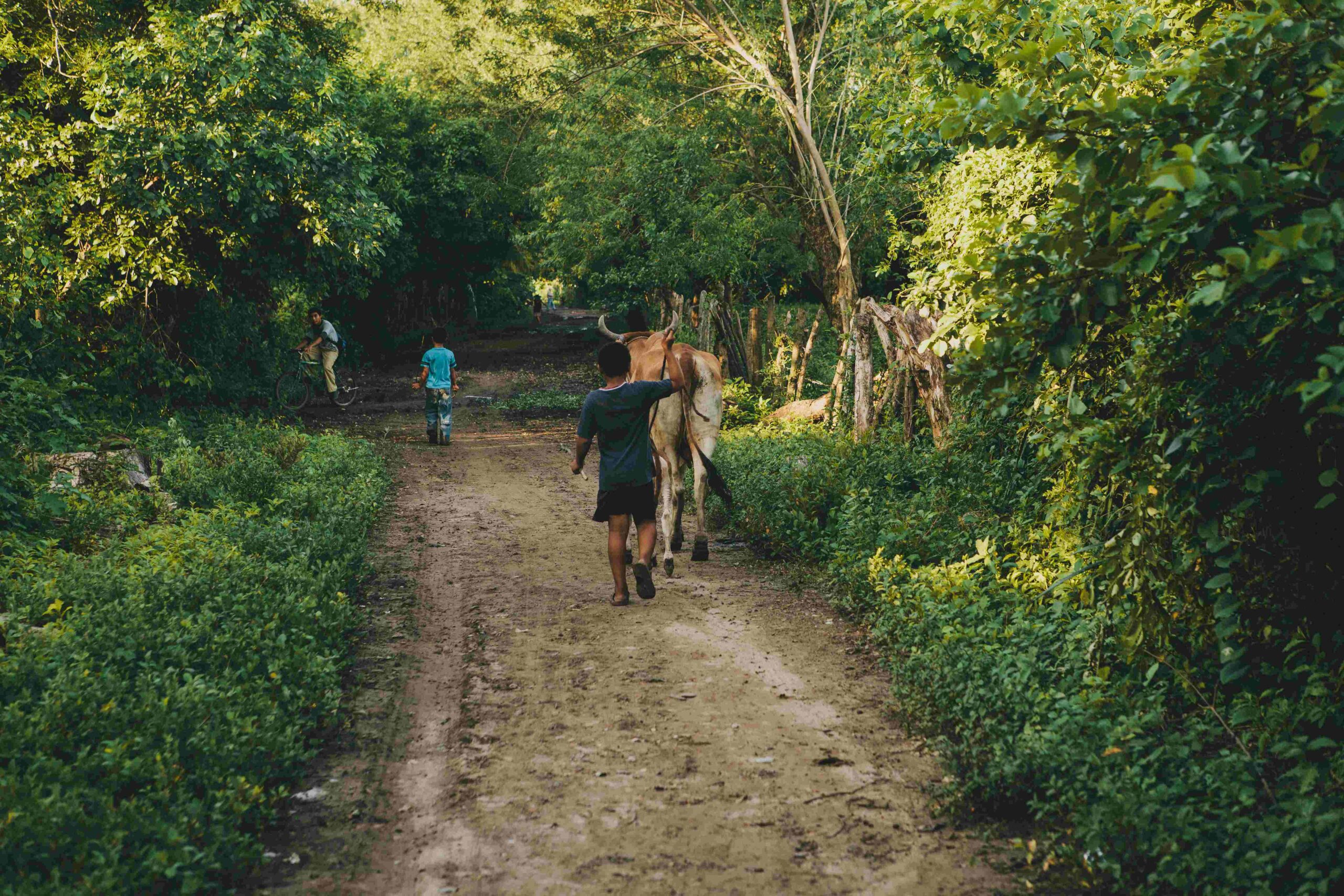 In the communities where Doctors Without Borders (DWB) medical brigades intervene (both in San Salvador and Soyapango), the teams come across many cases related to violence within the family and sexual violence.

Victoria works in San Salvador. Between 2015 and 2018, this country was known as the most violent nation in the so-called Northern Triangle of Central America, a subregion with high homicide rates worldwide. The conflict among gangs and the conflict between them with State security forces is the main cause of violence. The brigades of Doctors Without Borders (DWB) enter the neighborhoods thanks to the trust relationship established with the community and offer basic medical services, mental health care, and ambulances for hospital referrals.

In the communities where the DWB medical brigades intervene (both in San Salvador and Soyapango), the teams come across many cases related to violence within the family and sexual violence.

The social work that DWB carries out aims to improve access to health for citizens. For Victoria, the lack of clear guidelines from the State for mental health or forced displacement due to violence is among the challenges she faces; thus, for example, in the case of sexual violence, prioritizing the police report against a health approach.

The social worker considers forced internal displacement to be one of the most complex problems to work on, “since, on many occasions, we are talking about entire communities, families, and not just a single individual.” From the time that she worked at DWB, which reopened its doors in El Salvador a little over a year ago, Victoria especially remembers one of the confinements of a young man whose mobility outside of his place of residence had been prohibited. “The reality in these communities is that a street or a block divides the gangs’ territories, and the population must adapt to it.” The situation, she says, led the young man to think about getting involved in gang groups to have protection. “These are boys who are under 18 years of age. Their lives are practically ruined,” she points out.

Little by little, the medical role of a neutral, independent, and impartial organization like DWB is becoming easier to understand. “Some people thought that by approaching DWB, they were making the police or judicial report, but we explained to them that we do not do that.” Victoria refers to minors and pregnant adolescents in some cases, gang members, and cases of sexual violence. Rapes in El Salvador must be reported to the police. In many cases, the attacked women do not want to file a complaint; they avoid going to health centers, and thus, they do not receive adequate treatment.

DWB considers sexual assault to be primarily a medical emergency and its main objective is to ensure that victims are treated for their injuries and protected against sexually transmitted diseases or unwanted pregnancies. “It’s a matter of, little by little, overcoming the barriers; to clarify to the inhabitants that the interest of the health personnel is not to investigate or file a report for them, but to provide care,” adds the social worker.

The cases of child sexual violence also marked Victoria, who assures that “knowing these cases of violence affects you a lot, especially, when the victims are now adults, but the abuse occurred in their childhood when they were completely defenseless.”

One of these cases occurred recently during one of the medical brigade visits in Montserrat, one of the neighborhoods where DWB works.

“Repeated stories of attacks on minors, new cycles of violence.”

Magdalena’s history of abuse began during her childhood, but no one paid any attention to it. At four years old, her aunt, who was supposed to take care of her, left her alone to go to parties. Then, the young cousin of her mother took advantage of her by inappropriately touching her. “I never told my mom. Only once. I remember that my [private] parts hurt a lot, and I told my mom that I could not take it anymore, that I was hurting. My mom checked me out, and she only told me that it looked a little pink [irritated]. I don’t remember anything else,” she says.

Years later, she and her family moved into the home of another aunt. She verbally abused her and made her believe that she was useless, good for nothing. She grew up with those ideas. “Sometimes I felt that I was not worth it; I felt inferior to other people, and, from the abuse that I suffered as a child, I was terrified of men,” she says. She left her home while she was still young, but the mistreatment traveled with her. “When I went to live with my boyfriend, I suffered the same violence. He hit me, hurt me with the belt, left marks on my legs… There was psychological and physical violence. He told me that I was useless, that I did not do anything right. He also wanted to have sex without consent. That’s why I left,” explains Magdalena, who despairs when she learns about recurrent stories of attacks on minors, and the generation og new cycles of violence.

“When I hear girls cry, I feel very helpless, and I would like to try to help them, but I cannot.” An example: she and a neighbor learned of the abuse that a girl suffered at her stepfather’s hands. When the neighbor wanted to do something for the girl, she was threatened, and she had to flee the community. “You feel helpless about things that happen and you start to believe that nothing can be done…” In El Salvador, sexual violence is mostly against women. Between 2015 and 2017, 13 women were victims of some form of sexual violence on a daily basis. DWB decided to provide mental health care to victims of sexual violence and, above all, to reach the communities with the highest rate of violence or where access to health is difficult due to invisible borders created by the division of territories of gangs.