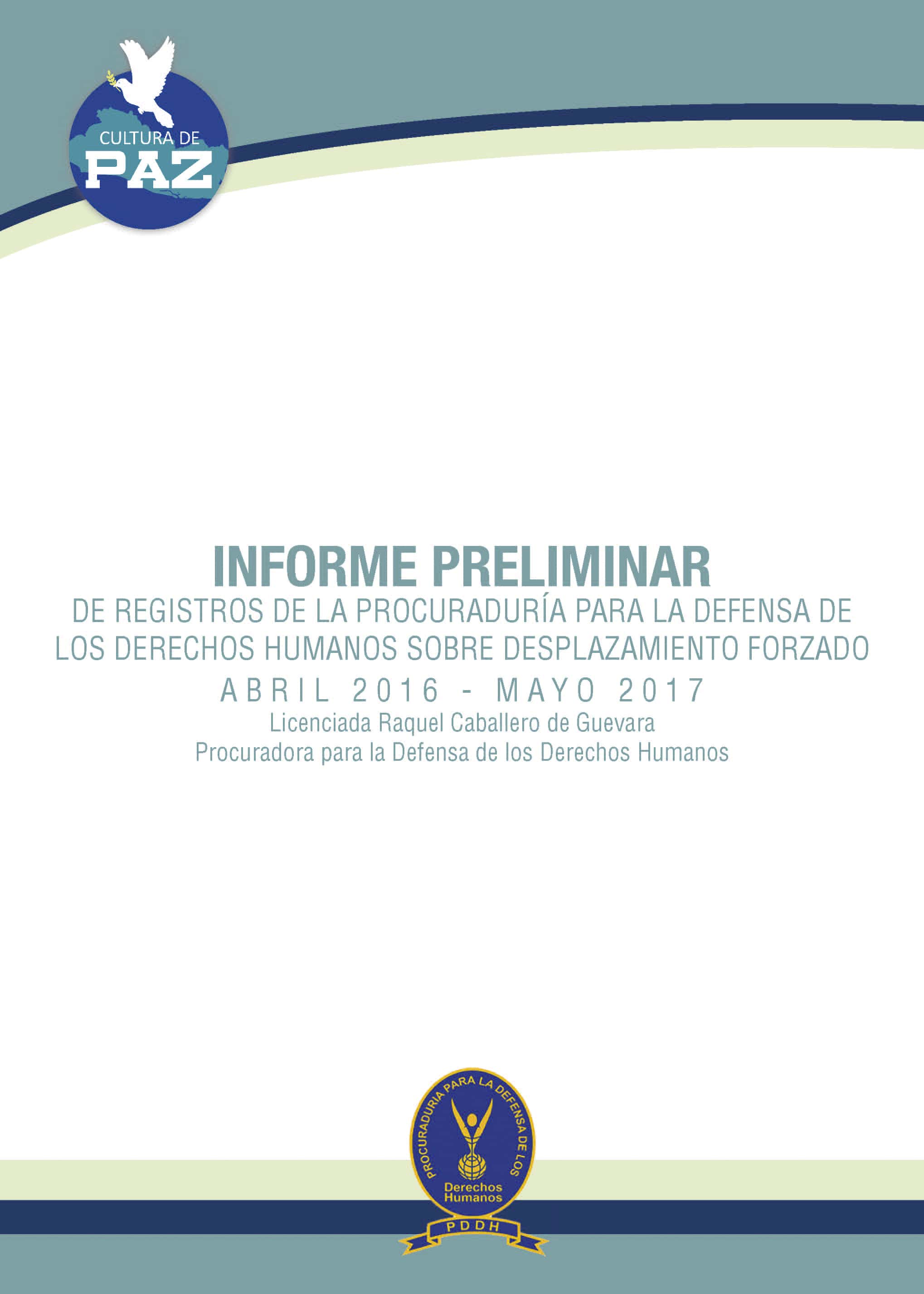 The Attorney for the Defense of Human Rights, Raquel Caballero de Guevara (hereinafter “the head of the PDDH”) presents the preliminary National Report on Forced Internal Displacement corresponding to the period between April 2016 to May 2017. The impact of violence and the consequent internal forced displacement of many families who are victims of it causes a serious violation of human rights, even more so if the state agencies do not recognize the seriousness of the phenomenon and there are no policies, programs, and projects articulated as a State, based on comprehensive and effective tactics for the care, assistance, and protection of families suffering from internal displacement due to generalized violence. From the institutional stance, concern has been repeatedly expressed regarding the lack of comprehensive care by the Salvadoran State for families who are victims of violence and who are facing internal displacement. This document addresses, for the second time after the Peace Accords, this phenomenon of great importance and of significant magnitude for the country and that, despite its relevance, this phenomenon has been repeatedly denied by the Salvadoran State. This is not the first time that El Salvador has faced the phenomenon of internal displacement; in the 1980s, as a result of the internal conflict, hundreds of thousands of Salvadorans had to move to safer places within the country or to seek refuge in neighboring countries (Montes, S. 1986). In the last years of that same decade and towards the end of the armed conflict, a process of repatriation of the refugee population began from the camps located in Honduras, as well as the definitive reintegration of internally displaced persons.