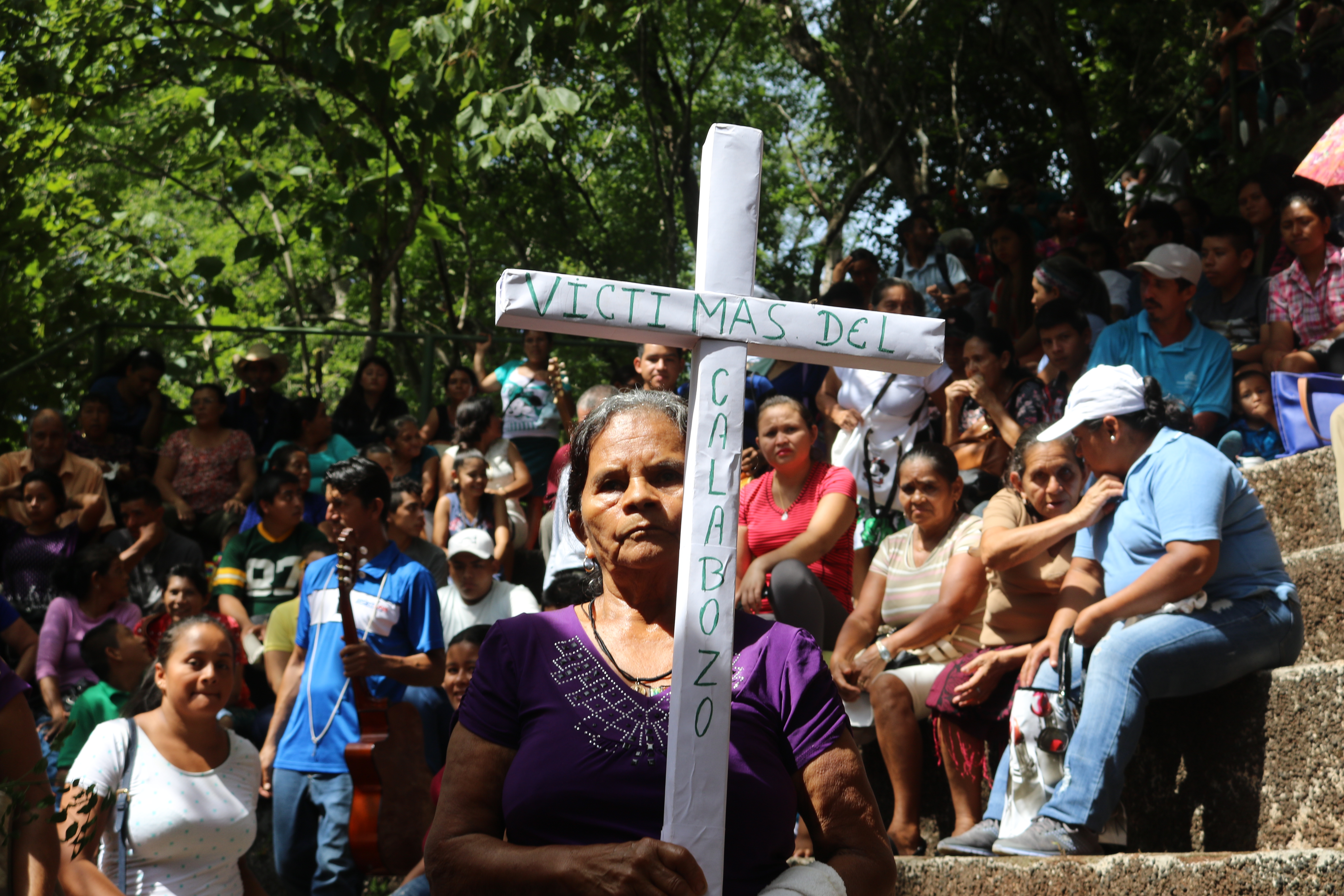 The Center for the Promotion of Human Rights (CPDH) “Madelein Lagadec” and Cristosal inform the national and international community and the media about the carrying out of judicial proceedings to exhume the remains of victims murdered during the events known as the “El Calabozo Massacre.”

The exhumation works will be carried out in a single grave, in which the remains of a family murdered during the massacre are presumed to be found, including two children, whose remains were buried two weeks later in a deteriorating condition by a surviving relative who could get to the place.

The procedure will take place in the Amatitanes canton, in the municipality of San Esteban Catarina, department of San Vicente, starting at 9 am on October 29, 2018. The private prosecution on behalf of the victims requested the exhumation in 2007, but it was the court who ordered it when the case was reopened due to the unconstitutionality of the Amnesty Law and by an injunction ordering the investigation of the El Calabozo massacre.

By court order and under the coordination of the Attorney General’s Office, an expert from the Argentine Forensic Anthropology Team (EAAF) and staff from the Institute of Legal Medicine will carry out the exhumation.

It is estimated that more than two hundred civilians, many being children, were murdered on August 22, 1982 in the El Calabozo massacre by troops from the Immediate Reaction Battalion (BIRI) “Atlacatl”, accompanied by troops from the BIRI “Ramón Belloso,” of the Military Detachment No. 2 and the Fifth Infantry Brigade, within the framework of the Operation called “Mario Azenón Palma.”

The then Defense Minister, Guillermo García; Chief of the General Staff, Rafael Flores Lima; Commander of BIRI “Belloso” Antonio Méndez; DM-2 Commander, Sigifredo Ochoa Pérez; and the Commander of the Artillery Brigade, Adalberto Landaverde, are the accused of this massacre on charges of murder, acts of terrorism, great damage, and other serious crimes.

During the aforementioned military operation, the civilian population was persecuted for the purpose of extermination for many days, which made the burial of the vast majority of the victims impossible. After the massacre, the High Command of the Armed Forces publicly congratulated themselves on the “success” of the operations.