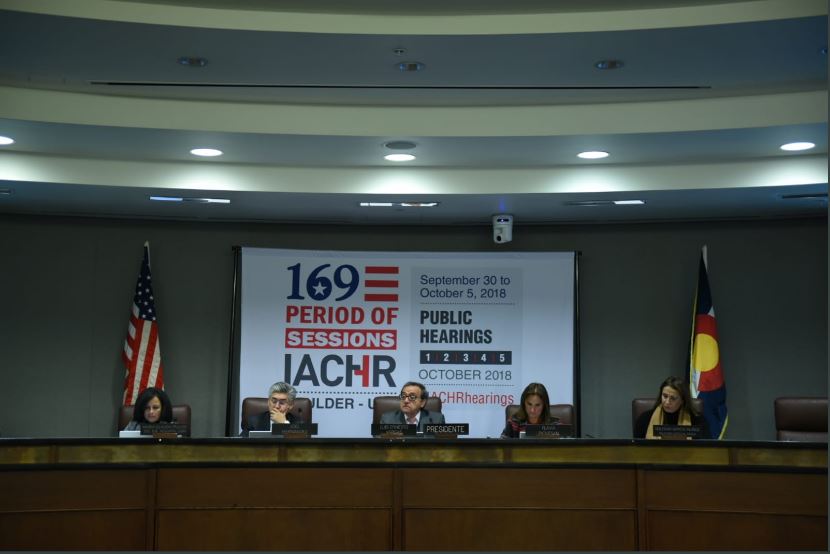 Boulder (USA), Oct 1 (EFE).- The Inter-American Commission on Human Rights (IACHR) today asked the Salvadoran Government for permission to visit the country in order to evaluate the work of a special commission to search for people who disappeared during the civil war (1980-1992), created by decree last year.

Commissioner Antonia Urrejola made the request during a hearing in the framework of the 169th period of sessions of the IACHR, which is held at the University of Colorado, in the city of Boulder (USA).

The objective of the working visit, Urrejola explained, would be to study how disappearances are being investigated and how the National Commission for the Search of Disappeared Adults in the context of the Armed Conflict (Conab Busqueda) is working, which officially began operations on the 14th of September.

“It would be very important to make a work visit at the end of the year or at the beginning of the next,” said Urrejola.

In response to the request, a representative of the Salvadoran Foreign Ministry, Tania Camila Rosa, “welcomed” the possibility of carrying out the visit and assured that “with pleasure” they will plan it for next year, when El Salvador has already held its presidential elections set for February.

The government representative also promised to send another request from the IACHR to the Prosecutor’s Office of El Salvador: a report detailing how many investigations into disappearances are underway and how that process is being carried out.

During the hearing, representatives of civil society criticized the temporary nature of Conabúsqueda, which the Salvadoran president, Salvador Sánchez Cerén, created by executive decree in 2017, so the next person to assume power could repeal it.

The commission for the search for disappeared persons was born after the Constitutional Chamber of the Supreme Court of Justice declared the General Amnesty Law unconstitutional on July 13, 2016. This law had been in force since 1993 and had prevented the prosecution of those involved in war crimes during the conflict.

During the 12 years of that conflict, in which the guerrillas of the Farabundo Martí National Liberation Front (FMLN), now in power as a political party, and the Army of this country, financed by the United States, about 75,000 people were killed and another 8,000 disappeared, according to official figures. EFE

EFE Agency (October 2, 2018). IACHR asks to go to El Salvador to evaluate search for disappeared persons during the war. La Vanguardia newspaper. The original article in Spanish can be accessed through the link below: https://www.lavanguardia.com/politica/20181001/452127530073/cidh-pide-ir-a-el-salvador-para-evaluar-busqueda-de-desaparecidos-en-guerra.html?utm_campaign=botones_sociales&utm_source=twitter&utm_medium=social